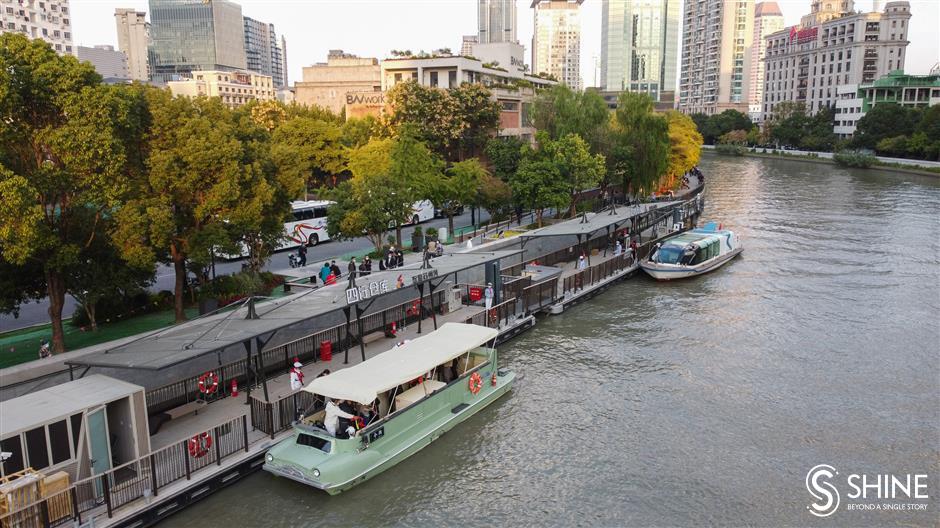 Strolling around the waterfront, scanning a QR code to learn the history of a historic building, and getting breakfast at a time-honored food store.

The UN has recognized these typical Shanghai moments as the best urban practices in the world that ought to be promoted internationally.

The latest edition of the "Shanghai Manual - A Guide for Sustainable Urban Development in the 21st Century," launched during the 2022 World Cities Day, includes four case studies of Shanghai.

They include the preservation and innovation of time-honored businesses in Huangpu District, the "stories of Shanghai architecture" campaign, the renovation of old residential houses, and the revitalization of the Huangpu River and Suzhou Creek waterfront areas.

This year's UN paper, which is revised annually, has selected 21 outstanding urban sustainable development cases from 15 nations to coincide with the 2022 World Cities Day theme of "Act Local to Go Global."

She said the guidebook is the outcome of "long-standing multilateral cooperation" between UN-Habitat, the Bureau of International Exposition, and the Shanghai government.

Shanghai launched a clean waterway campaign in 1998. Its efforts have been highlighted and presented at this year's World Cities Day and include cruise tours for visitors and reporters.

The Huangpu River and Suzhou Creek have completed massive clean-up initiatives, opening up their waterfront areas stretching over 40kms for walking, running and cycling. Plans are in place for a cruise service as well. 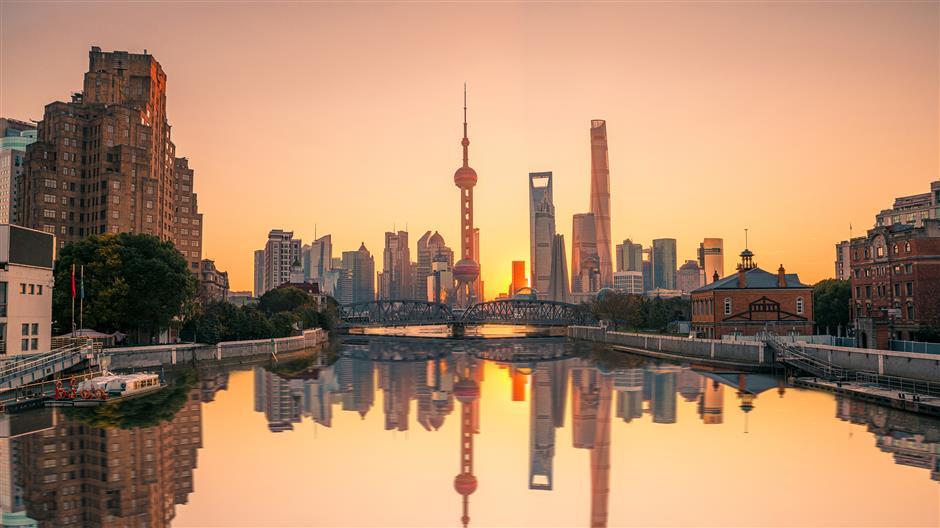 A section of the report talks about the campaign to put elevators in old buildings where the stairs were hard for older people to use.

Over 2,000 such elevators have been installed throughout the city as a result of improved approval processes, participation of professional organizations, and self-governance by residents.

According to the manual, it exemplifies the "people-oriented" urban management approach.

"The urban authorities have widely learned the requirements of the citizens and guided them to actively engage in the consultation."

"The Shanghai cases were chosen primarily because they emphasize not only infrastructure construction, but also multi-cultures, social participation, and the benefit of the citizens," said Cheng Jian, director of the Shanghai World Cities Day Coordination Center.

"They also demonstrate how Shanghai's urban development concepts have changed over the last decade," he continues.

When World Cities Day was established on October 31, 2010, the last day of the Shanghai World Expo, Shanghai's urban renewal plan included major demolition and reconstruction, according to Cheng.

According to Cheng, the local government has changed its mind about retaining the historic structures and implementing the "people's city" urban development plan. 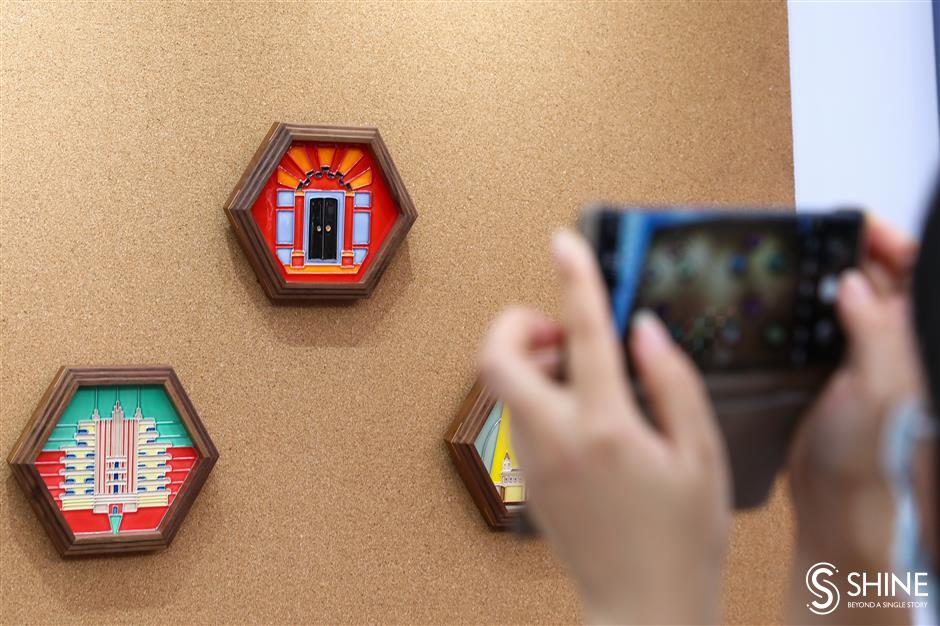 The "Stories of Shanghai Architecture" citywide campaign was launched in 2018 to encourage people to visit historical buildings and discover their stories.

People can scan the QR code on each historical structure to learn more about its past. They can also access some buildings to inspect them.

In total, 1,056 historical buildings have been made accessible to the public, and nearly 3,000 structures have QR codes on their entrances.

"The practice has raised awareness among citizens on the need for the preservation of cultural heritage sites while encouraging them to participate in safeguarding the buildings," a center researcher stated.

"The campaign has also raised the beauty-appreciation and civilization level of the local folks and promoted the image of Shanghai as a metropolis," he added.

Elsewhere in the report, the opening of a dozen old buildings belonging to St. John's University along the creek is discussed.

Walls and gates between the East China University of Political Science and Law in Changning District and the 900-meter-long riverbank area have been removed so that visitors can get a closer look at some of the century-old East-meets-West structures at the university.

St. John's University was established in 1879 and became China's first institution to offer complete English instruction in 1881. It was also the nation's first modern Christian college. 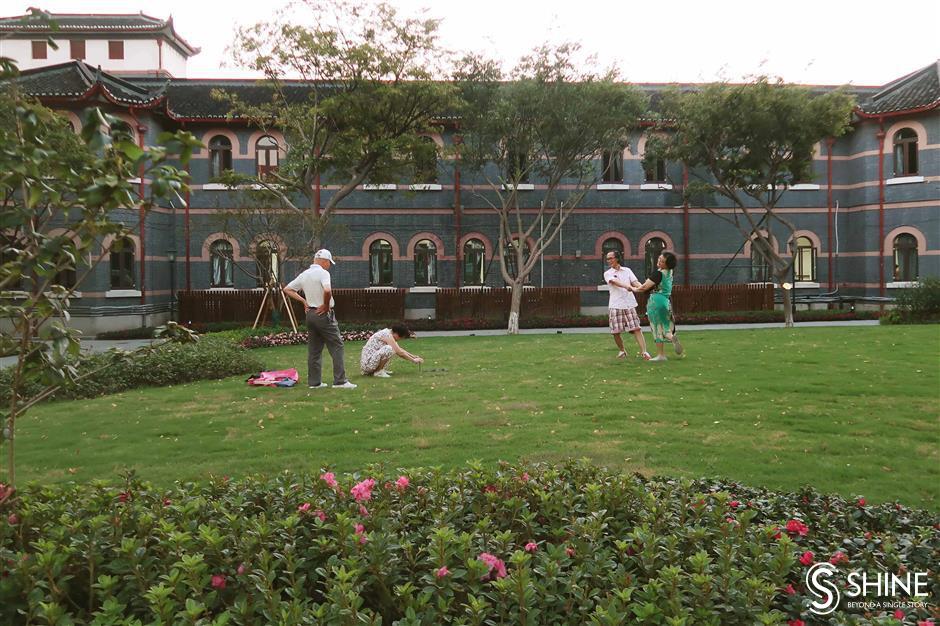 In the report, innovation and entrepreneurial campaigns for well-known firms in downtown Huangpu District are also praised.

Nearly half of Shanghai's traditional brands are headquartered in Huangpu, and a number of them struggled to withstand the profound social, economic, and business transformations.

The district administration launched the initiative in 2017 to encourage businesses, universities, and social groups to infuse century-old brands with new ideas and technologies while addressing the employment of recent graduates through innovative startup ventures.

Shao Wan Sheng, a 170-year-old Shanghai company known for its pickled and alcoholic-infused delicacies, established a startup training hub at the Nanjing Road Pedestrian Mall in 2020.

It has created a long-term partnership with the East China University of Science and Technology and developed three entrepreneurial projects, focusing mostly on the marketing, packaging design, and development of souvenirs for its traditional products.

"Shanghai has been striving toward the World Expo 2010 goal of 'Better City, Better Life' with the wide participation of companies, organizations, and citizens for decades. This concept of sustainable development is in accordance with the theme of this year's World Cities Day, which is 'Go Local to Go Global,'" said Cheng.

"That is why the world community has recognized the city's efforts on urban sustainable development, particularly in light of the COVID-19 epidemic," he said. 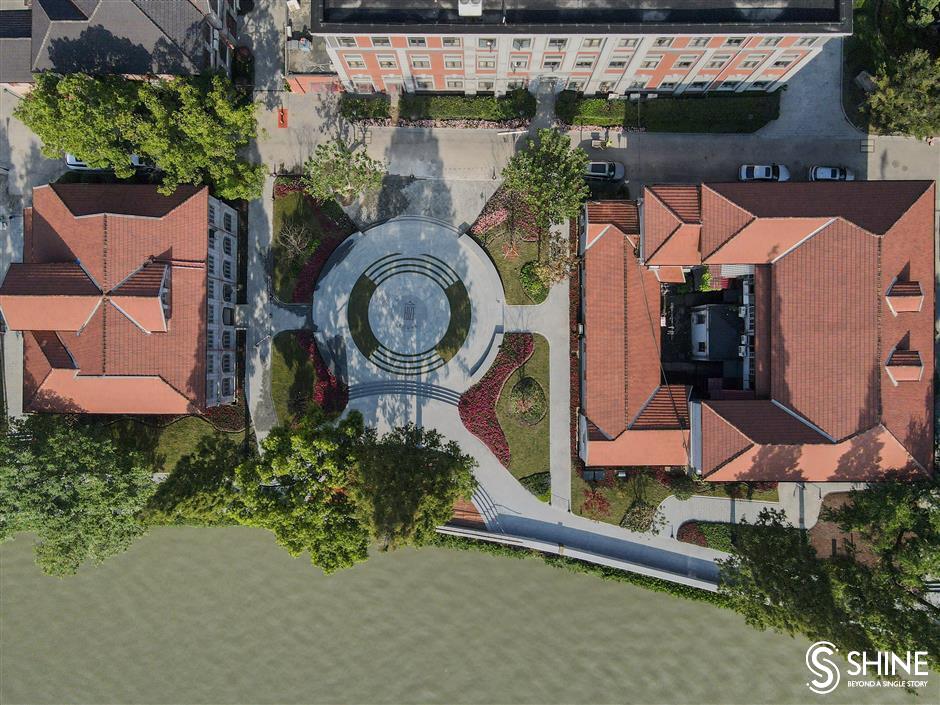 The Shanghai SEEDING initiative, which encourges individuals to cultivate plants at home and share seeds with neighbors in the midst of the epidemic, was one of the most notable happenings of the previous year.

The creation of 15-minute communal life circles for local residents is another case in point. It ensures that residents have access to a variety of living, working, studying, traveling, and elderly care facilities within a 15-minute walking distance.

Cecilia Andersson, Director of the Planning, Finance, and Economy Section of the United Nations Human Settlements Program, said that Shanghai has demonstrated that communities may enjoy a better environment by employing this strategy.

In 2013, the United Nations proclaimed October 31 as World Cities Day, a designation that was established by the municipal administration on October 31, 2010, the closing day of the Shanghai World Expo.

This year marks the return of the Worldwide Observance of 2022 World Cities Day to Shanghai, which first hosted the global event in 2014.

Milan in Italy, Quito in Ecuador, Guangzhou and Fuzhou in China, Liverpool in the United Kingdom, and Yekaterinburg in Russia have all hosted the annual event. 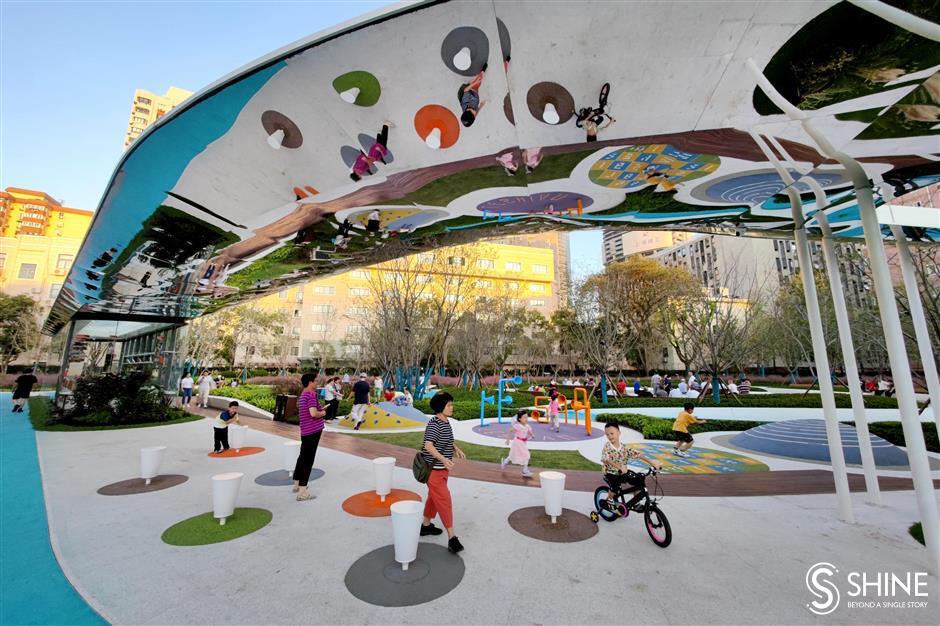