Time-honored Shanghai brands, with rich history in food, apparel and transportation, are embracing fashion, trends and technology to woo modern consumers and reclaim past glory.

The Made-in-Shanghai products were displayed in a pop-up market over the weekend, gaining interest and attention from X-generation consumers as well as international markets.

It was one of the events organized to promote Made-in-Shanghai products, boost the fashion industry, and stimulate economic recovery.

"Shanghai should tell the Made in Shanghai story in fashion and manufacturing, as well as promote deep integration between digital technologies and the real economy," said Wang Jiangping, vice minister of Industry and Information Technology.

Digital platforms like Red (Xiaohongshu) and Poizon (Dewu) attended the events. In the Poizon app, which is favored by young people, there was positive feedback for Shanghai watches and Phoenix bicycles.

Warrior: beyond a shoes-only brand

Warrior, which was founded in 1927, is being rebranded with a new logo that defines infinity. It showcases rabbit-themed apparel co-designed with Come4arts, a fashion brand welcomed by X-Generation. Tiger-themed hoodies, marking the Year of the Tiger in the Chinese Lunar Year, were warmly received in 2022.

The brand, well-known for sports shoes, has expanded its line to include clothing, bags, hats, and accessories since the second half of 2021. Warrior is now a fashion brand rather than a "shoes-only" brand. It is working with a dozen designers and artists, a company official told Shanghai Daily.

The Warrior's retro style is being praised. On overseas auction website, its shoes attracted 10 times higher prices than their original domestic price. 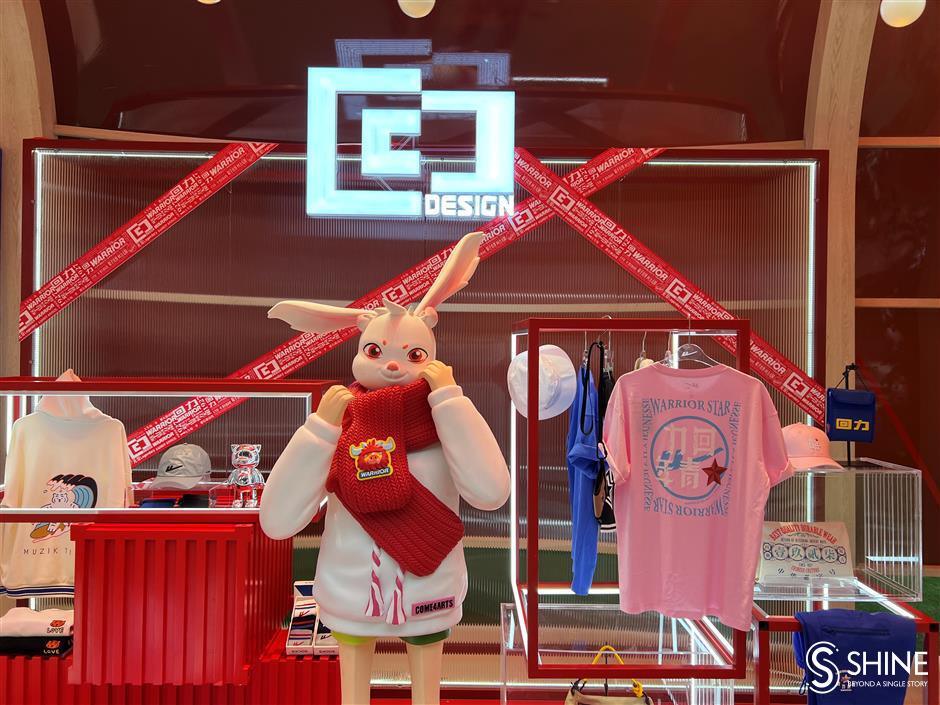 Two electric bicycles with controllers, sensors, speed panels, and lithium-ion batteries, attracted visitors. One of them was displayed at an expo in Germany earlier this year.

Phoenix has sold millions of bicycles globally since its founding in 1897.

Shanghai Daily got a chance to test the bikes. With its lightweight design and electric-assisted system, the speed reached more than 25 kilometers per hour.

"Bicycles have become a fashion choice today rather than a mere transportation tool, especially in a society that is pursuing green development and carbon reduction," said Xu Li, the brand director of Phoenix.

"Products have to be light and comfortable to ride, so we use materials like aluminum, carbon fiber, and even titanium. Riders can be relaxed and can control the bike easily," Xu said.

Middle and high-end bicycles have become trendy in the overseas markets, especially in Europe, which is another "bicycle kingdom" after China. Bicycle sales in Europe will reach 17 million units in 2030, with a market valued at several dozen billion dollars.

The premium Phoenix models cost over 20,000 yuan (US$3,077) in the overseas markets, 10 times more than its traditional models. The company's overseas revenue has surpassed domestic income, and the company is speeding up its international expansion. 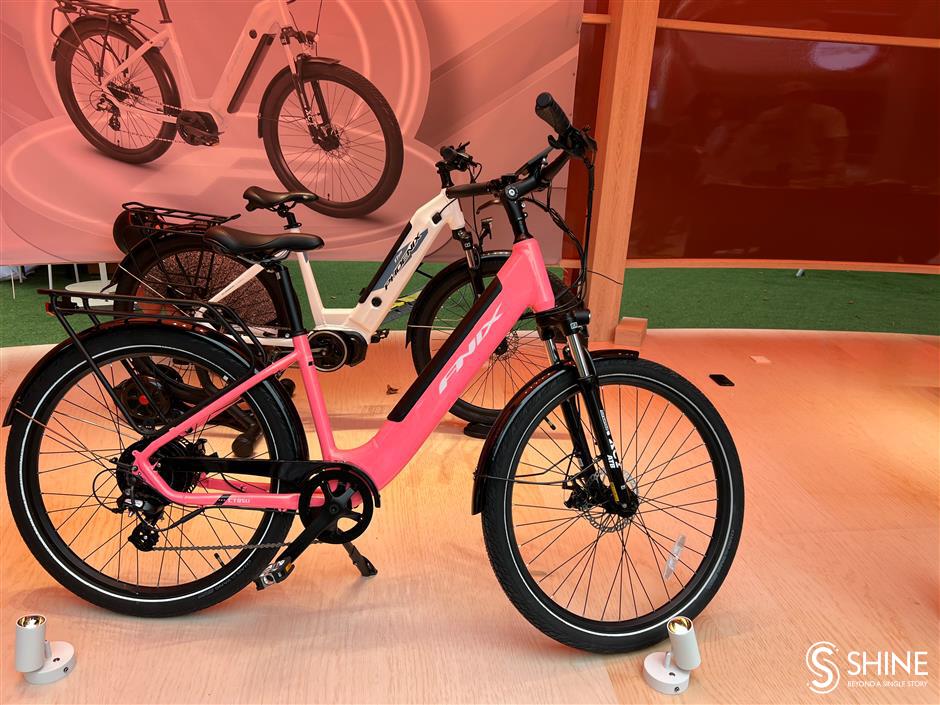 Tramy, which sells food like soybean milk, meat, and vegetables online and offline, is a rising star in Shanghai. It ensured food supply during the pandemic lockdown.

Half-cooked and pre-made dishes that allow people to heat the packages and eat them in five to 10 minutes are a rapidly growing business for Tramy. Several popular dishes sell over 20 million units annually. White-collar workers prefer pre-made dishes.

Consumers' tastes and habits change quickly, and Tramy is quick to catch up with them.

Headquartered in Shanghai, Tramy plans to have 1,000 stores in the city by the end of this year. It currently has 700 outlets. The long-term target is to have about 4,000 stores and then expand into other cities in the Yangtze River Delta region, said Zeng Dexiong, a Tramy's marketing official.

Tramy keeps a high standard on the supply chain and has its own farms to ensure food safety, Zeng added.