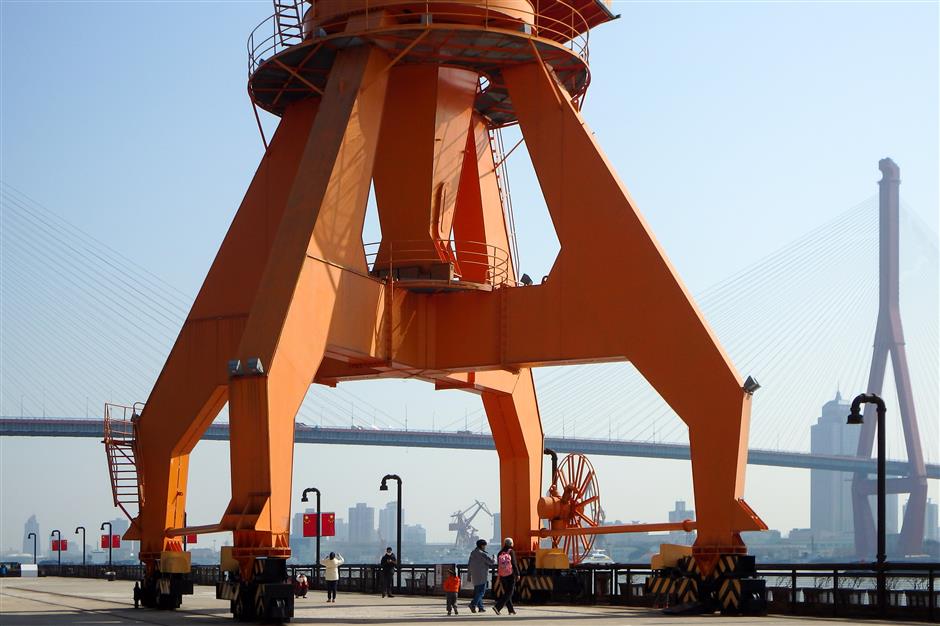 The concept of a "People's City" by the people and for the people is guiding the way forward for Yangpu, which is at critical stage in its innovation and development.

Focusing on this important concept of "a People's City, "Yangpu has embarked on a path of transformation and upgrading in innovation and development, urban renewal, social governance Party construction and many other aspects.

From "rust belt" to "life show belt," the upgrading of Yangpu Binjiang is giving new life to industrial relics and full play to the people's city philosophy.

Nine industrial heritage sites, including the century-old Yangshupu Waterworks, Shenxin Textile Mill No. 7 and the Shanghai Shipyard will be renovated this year to further implement the creation of a People's City and build a model that can be copied and extended throughout the country, said Zhu Yinqi, vice director of the Yangppu Culture and Tourism Administration, at a news briefing on Wednesday

The district has attracted a number of leading enterprises such as Meituan.com, Bilibili Inc and ByteDance Ltd, and the revenue of information technology services has increased by an average of 20.9 percent in two years, according to Zhu Xiaojun, deputy director of Yangpu's Binjiang Administrative Office.

Yangpu is firmly seizing this strategic opportunity and shouldering the major mission of developing the digital economy to build the "Changyang Hub," an online new economy park with the agglomeration of more than 30 leading firms, more than 3,000 innovative startups and an industrial scale of more than 300 billion yuan by 2025, according to Zhu.

This means Yangpu will accomplish its transformation and upgrading from being the "birthplace of the modern national industry" to the "destination for online new economy industries."