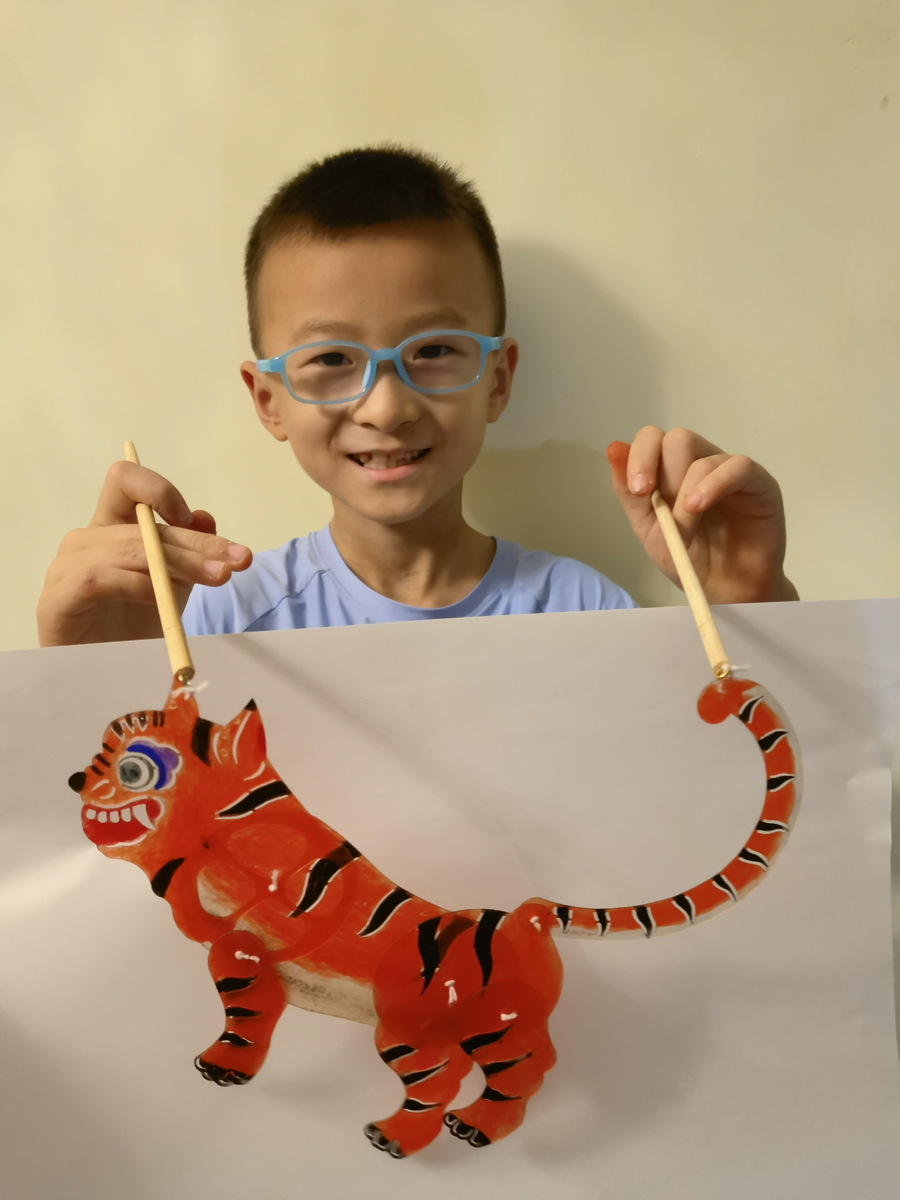 One of the earliest theater performances in China, shadow puppetry emerged in the Han Dynasty (206 BC-AD 220) and developed into various styles across the country. Lu demonstrated how to carve and color a shadow puppet, and staged a brief show by using some of the most popular characters in shadow plays. 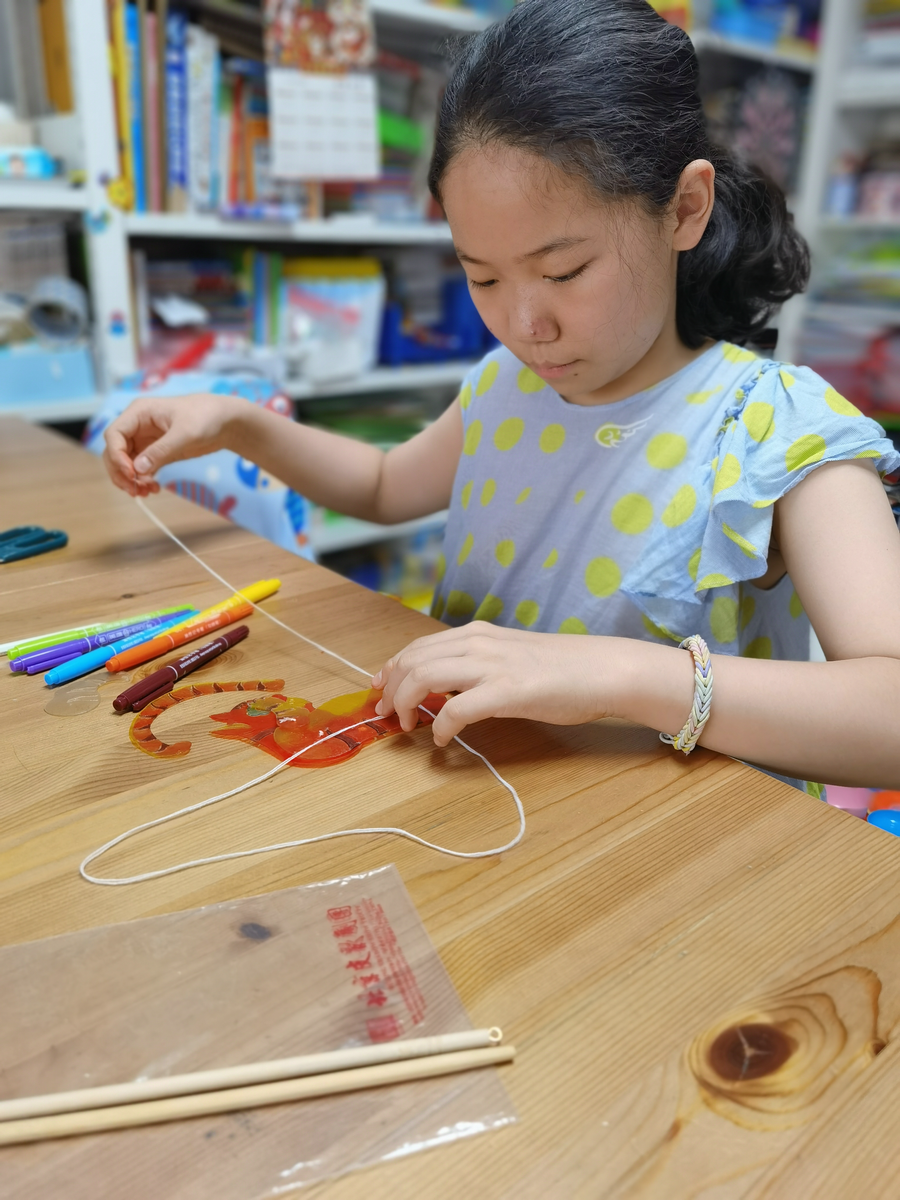 A girl is making a puppet at Lu's online class. 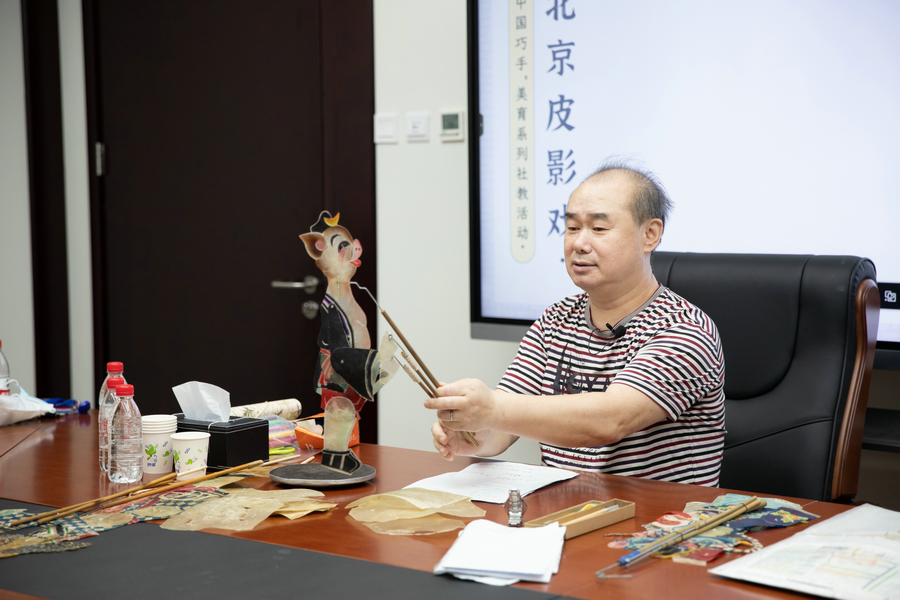 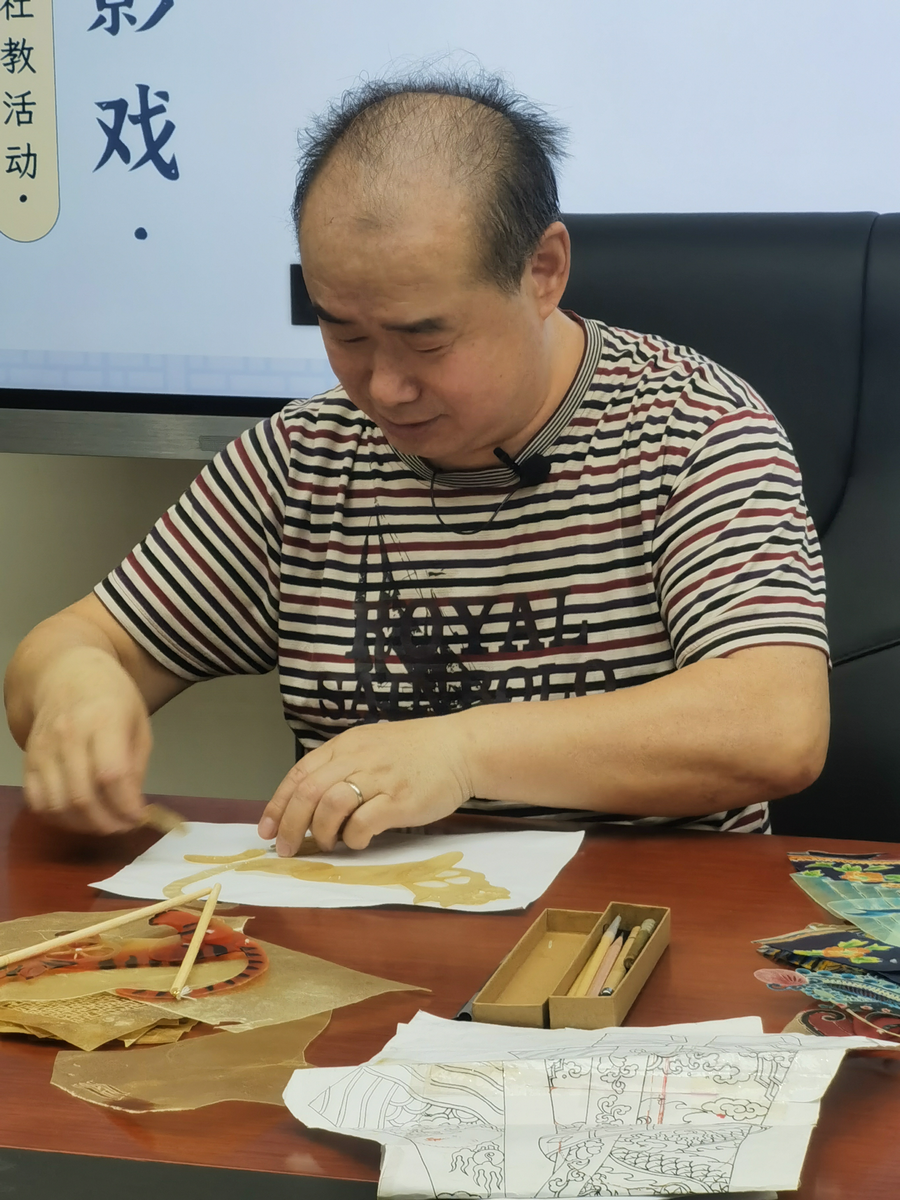