The beat goes on

Murray James Morrison plays The Moon Represents My Heart in the lobby of his building, celebrating the end of lockdown on June 1.[Photo provided to China Daily]

Foreign musicians in the city unleashed their creativity to combat the outbreak blues, Zhang Kun reports.

Despite the lockdown, which forced the closure of many businesses in the past months, musicians never stopped making music and found imaginative ways to share it with the public.

The latest COVID-19 outbreak saw the temporary closure of Jazz at Lincoln Center Shanghai after it held its International Women's Day concert in March. A prime venue for live jazz shows in the city, the center is the only overseas branch of the New York-based music organization. Of the more than 100 musicians who frequently perform with the center in Shanghai, about half are expatriates.

Among these expats is drummer Charles Foldesh from the United States. About a week into the lockdown of Puxi-the western region of Shanghai-that started on April 1, he lifted the spirits of residents in his compound in Hongkou district by holding short drumming sessions on his balcony that lasted from three to four minutes.

Foldesh has lived in the same compound for almost 10 years. His impromptu performances soon made their way to social media where they went viral. On short-video sharing platform Douyin alone, the footage of one session was viewed and liked tens of thousands of times. Xinhua News Agency, CNN and Shanghai-based news portal ThePaper also featured him.

The drummer grew up in a small town in Phoenix, Arizona, and graduated from the Oberlin Conservatory of Music in the US. In 2007, he moved to Shanghai, where he fell in love with the music culture of the city.

Over the past 15 years, Foldesh has occasionally appeared on Chinese TV shows. Last year, he performed in Zhang Yimou's concept theater show 2047 Apologue, which took Foldesh on a tour of five Chinese cities. 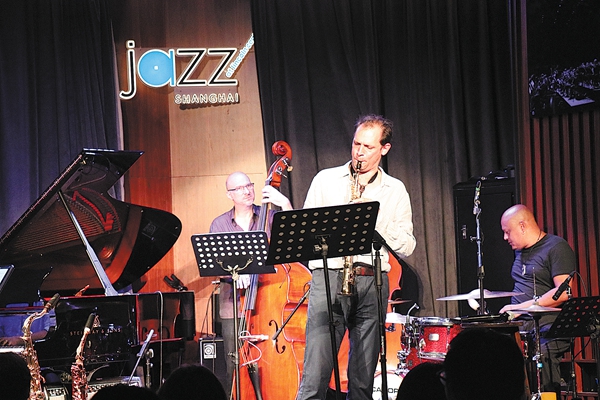 Murray James Morrison and other band members perform at Jazz at Lincoln Center Shanghai before the outbreak.[Photo provided to China Daily]

His hectic schedule soon took a toll as he admitted that he was feeling "burnt out and was starting to lose inspiration".The short break that he took earlier this year unexpectedly got prolonged due to the latest outbreak in Shanghai.

"I thought I could maybe use a week off, though I didn't need this long break," he says during a video interview with China Daily.

To continue engaging with audiences during the lockdown, Jazz at Lincoln Center Shanghai has, since March 23, been livestreaming highlights from its past concerts on its WeChat account every day. On special occasions, such as International Jazz Day, May Day and Mother's Day, the center invited musicians to perform online for livestreamed shows.

"We had hoped that people confined to their homes could still enjoy some live jazz music. We hoped music could lift people's moods, raise their confidence and lighten things up," says Zhu Donghuan, music director of the center.

While technology can bridge the gap between musicians and audiences, a livestreamed concert still lacks the atmosphere of a live music venue, says Murray James Morrison, a saxophonist and composer from Alberta, Canada.

During the lockdown, Morrison, who is also a professor at New York University Shanghai, spent much of his time conducting lessons from home and creating video content for his WeChat video-sharing account called Dami (his Chinese nickname) Music Channel. On that, people can watch Morrison playing the keyboard as his 8-year-old daughter sings. The latest video clip shows him playing the Chinese pop ballad The Moon Represents My Heart on the saxophone in his compound, surrounded by his neighbors as they celebrated the end of the lockdown on June 1. 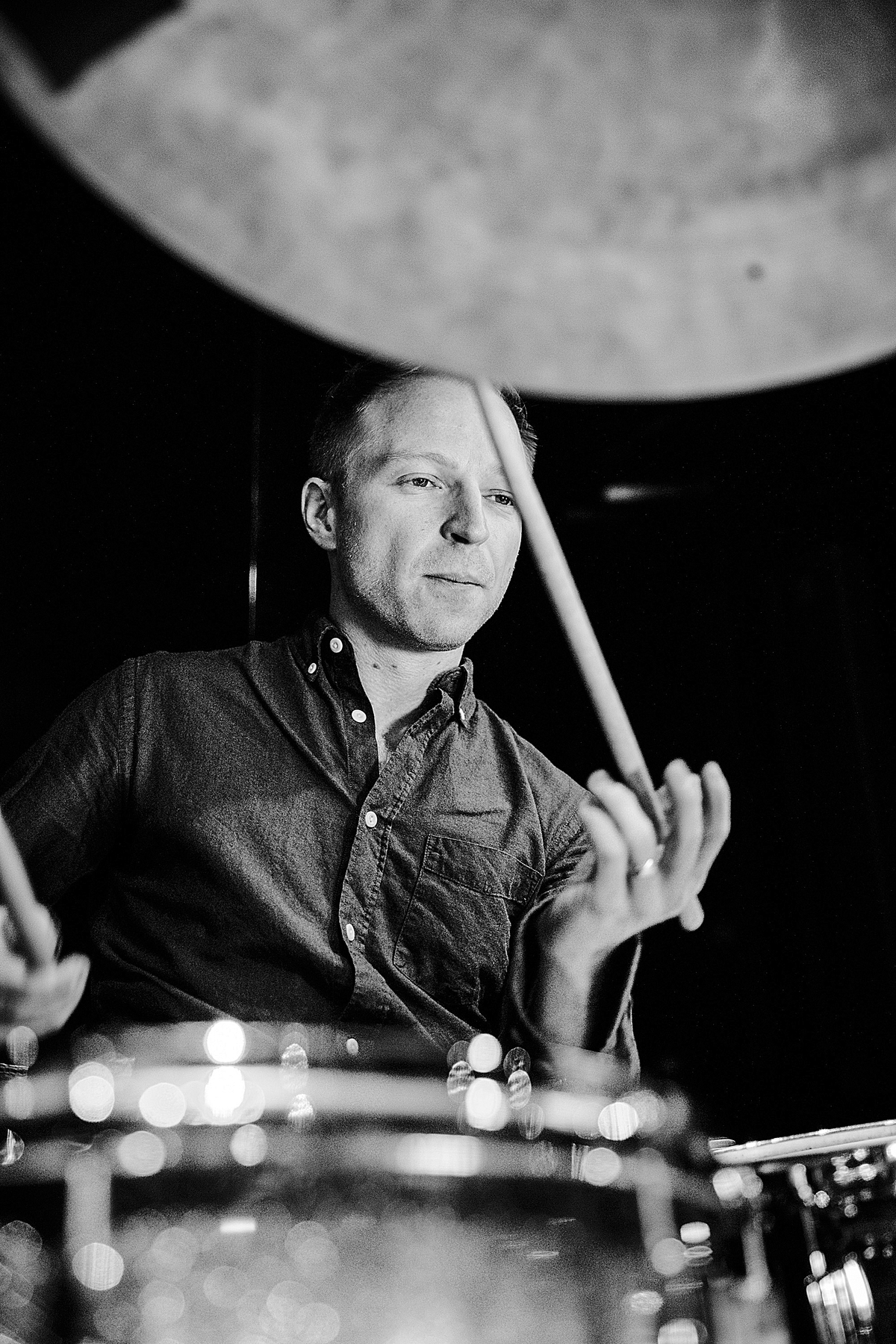 Charles Foldesh, "the balcony drummer" in Shanghai, shows his adept handling of drumsticks at a pre-lockdown concert.[Photo provided to China Daily]

After living in Chengdu, Sichuan province, for six years, Morrison moved to Shanghai three years ago with his family and in-laws because of the city's significance to China's music scene.

"Shanghai is an important city in China's jazz history. It has also played a key role in China's pop music scene, which emerged from the combination of Chinese folk music and jazz influences," says Morrison. "We are fortunate to be a part of this story and we are all eager for it to resume."

With his band, Four Grains of Rice, Morrison would often make new arrangements of Chinese pop songs, such as the theme song from the hit TV series, Zhen Huan Zhuan (The Legend of Zhen Huan), which tells the story of an emperor's concubine surviving in a palace full of cunning plots and deceit.

"I just transcribed what was there and it is a beautiful song," Morrison says.

According to Zhu, Jazz at Lincoln Center Shanghai plans to resume live performances by the middle of June. The new schedule will start with free jam sessions.