Shanghai Symphony Orchestra invites classical music fans to re-live the classy night when it celebrated its 140th anniversary in September 2019.

The opening concert of the orchestra's 19/20 music season will be streamed on its WeChat video account tonight at 7:30pm. 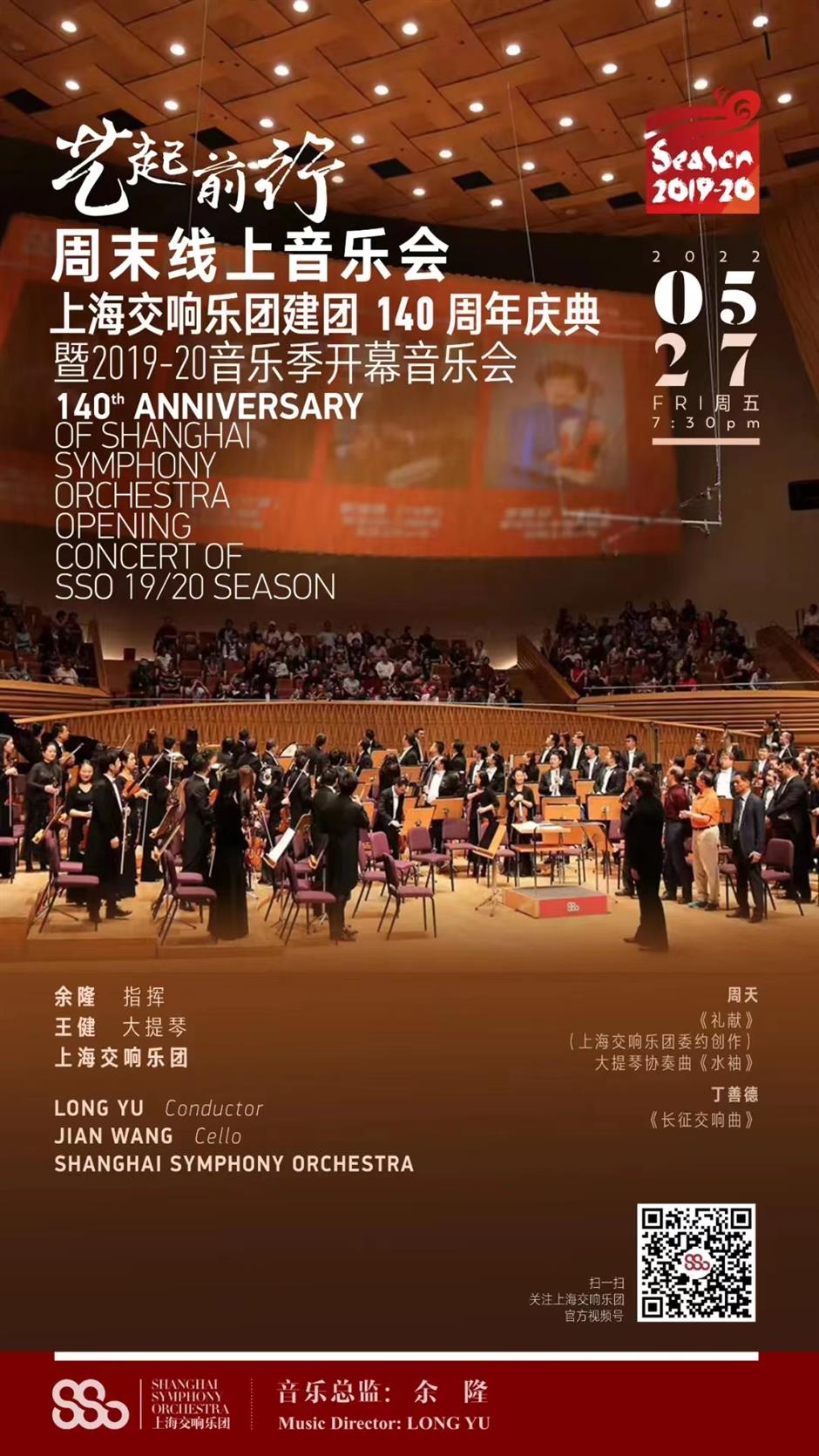 Zhou, aged 38 in 2019, was the season's artist-in-residence. "Gift" was specifically commissioned for the SSO and was derived from an old poem, which includes a line that translates as "music is a gift of decency."

The concert's next item, Zhou's cello piece "Flowing Sleeves," featured renowned cellist Wang Jian for whom it was written. It was inspired by the "flowing sleeves" of Chinese opera, in which performers use extended silk sleeves to depict the movement of the characters.

The show concludes with the "Long March" symphony, written by composer and pianist Ding Shande in the early 1960s. Its first movement was debuted in 1961 and the compete piece premiered in 1962, both by the symphony orchestra.