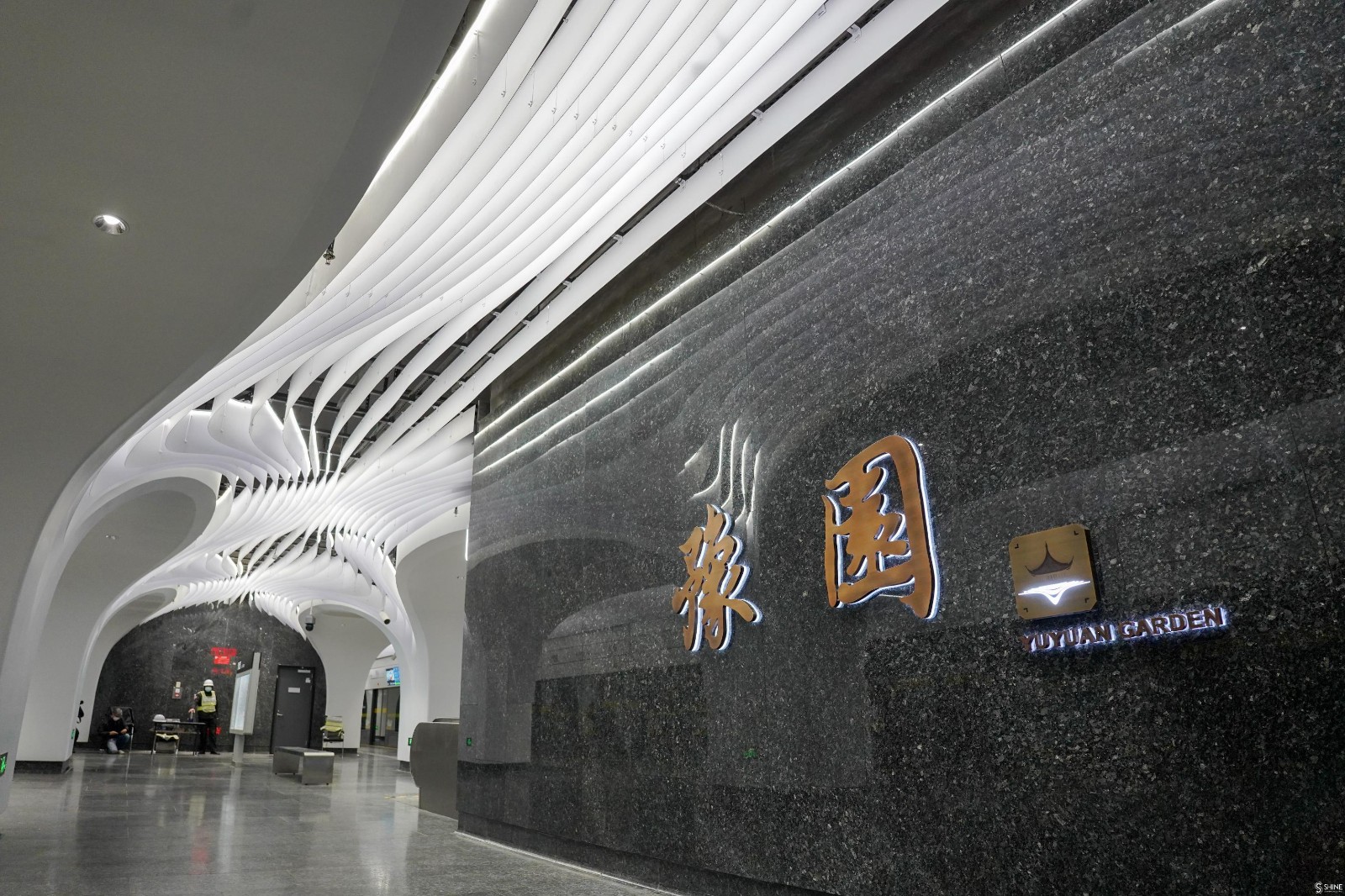 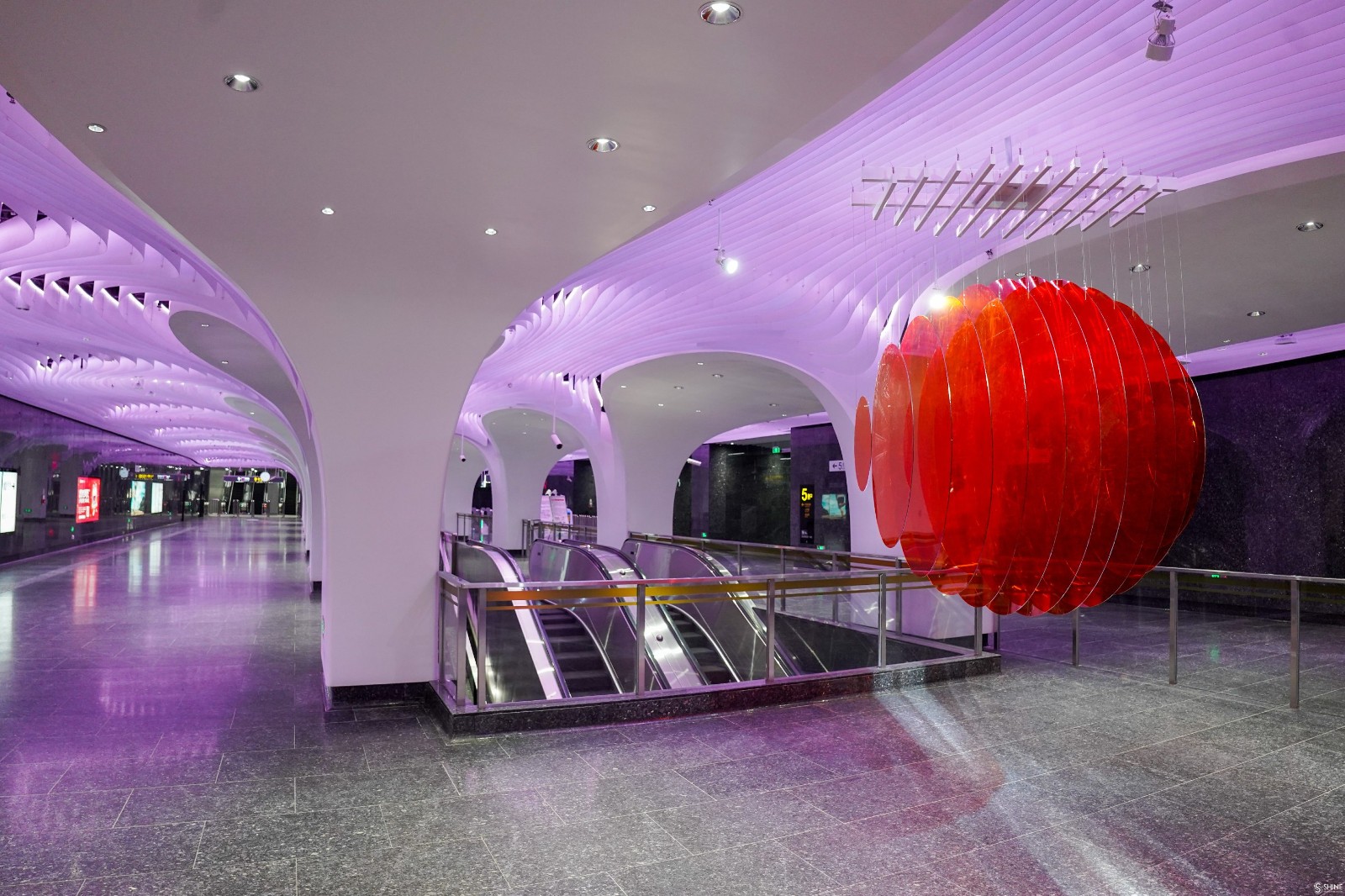 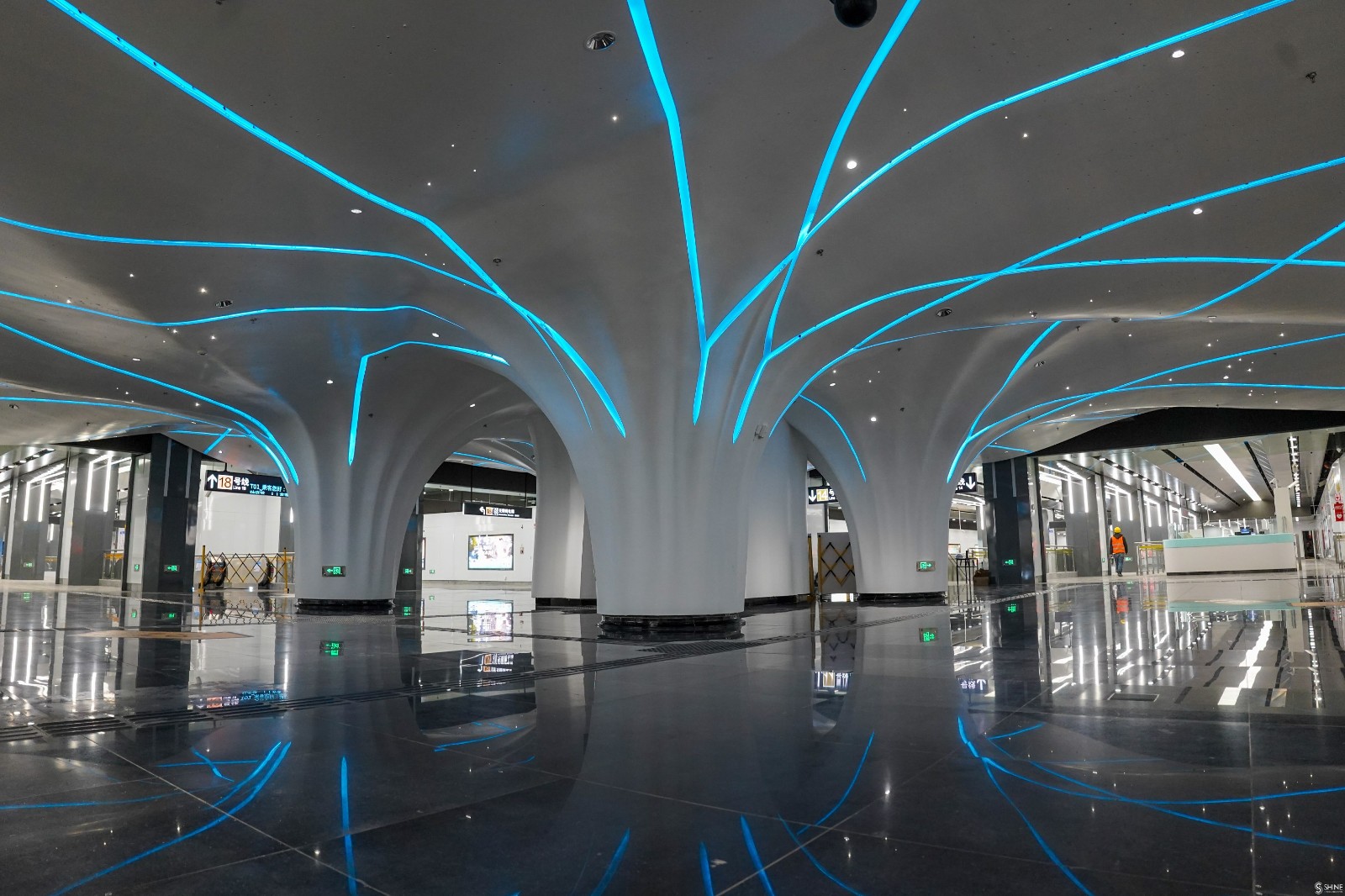 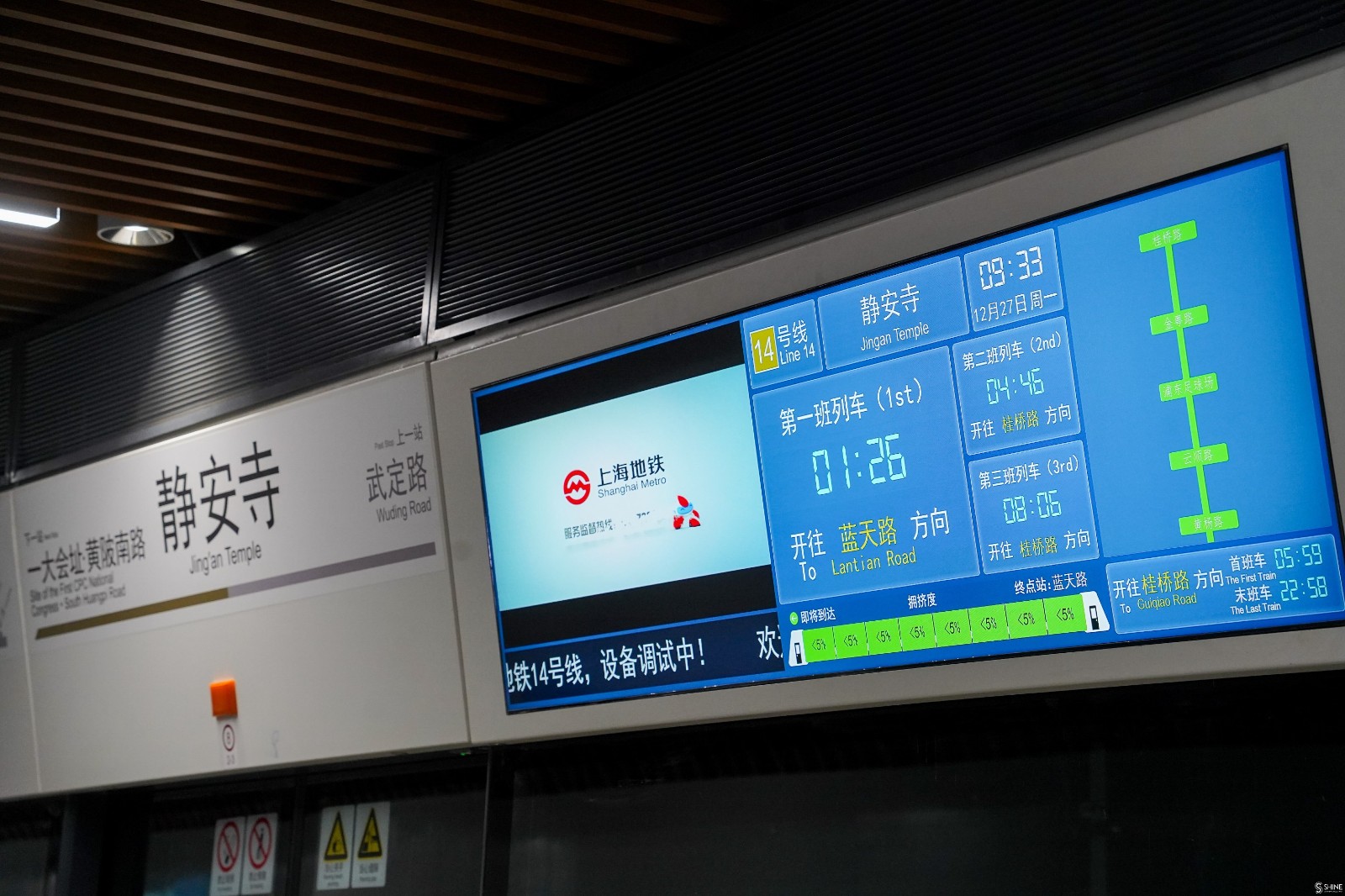 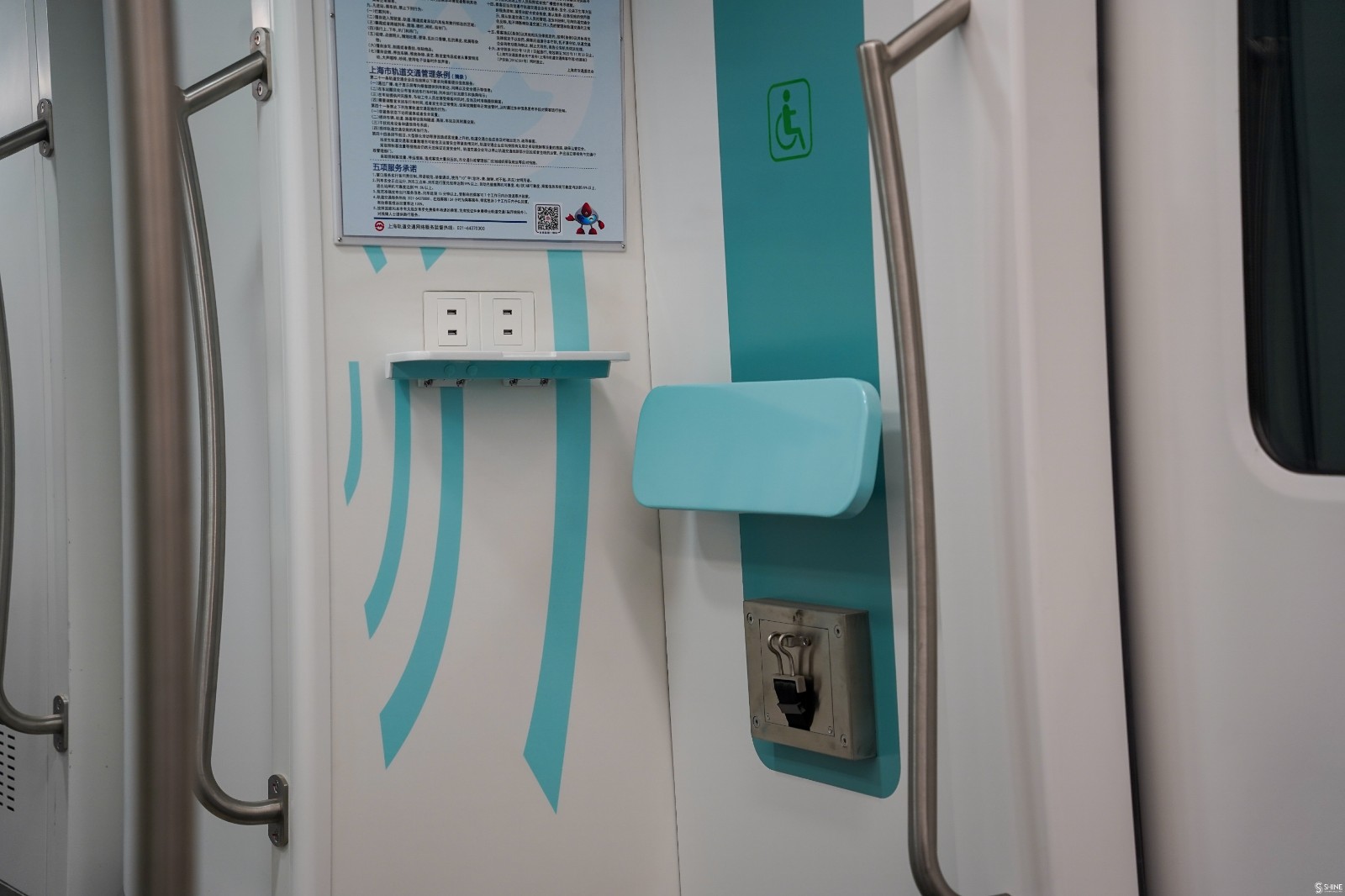 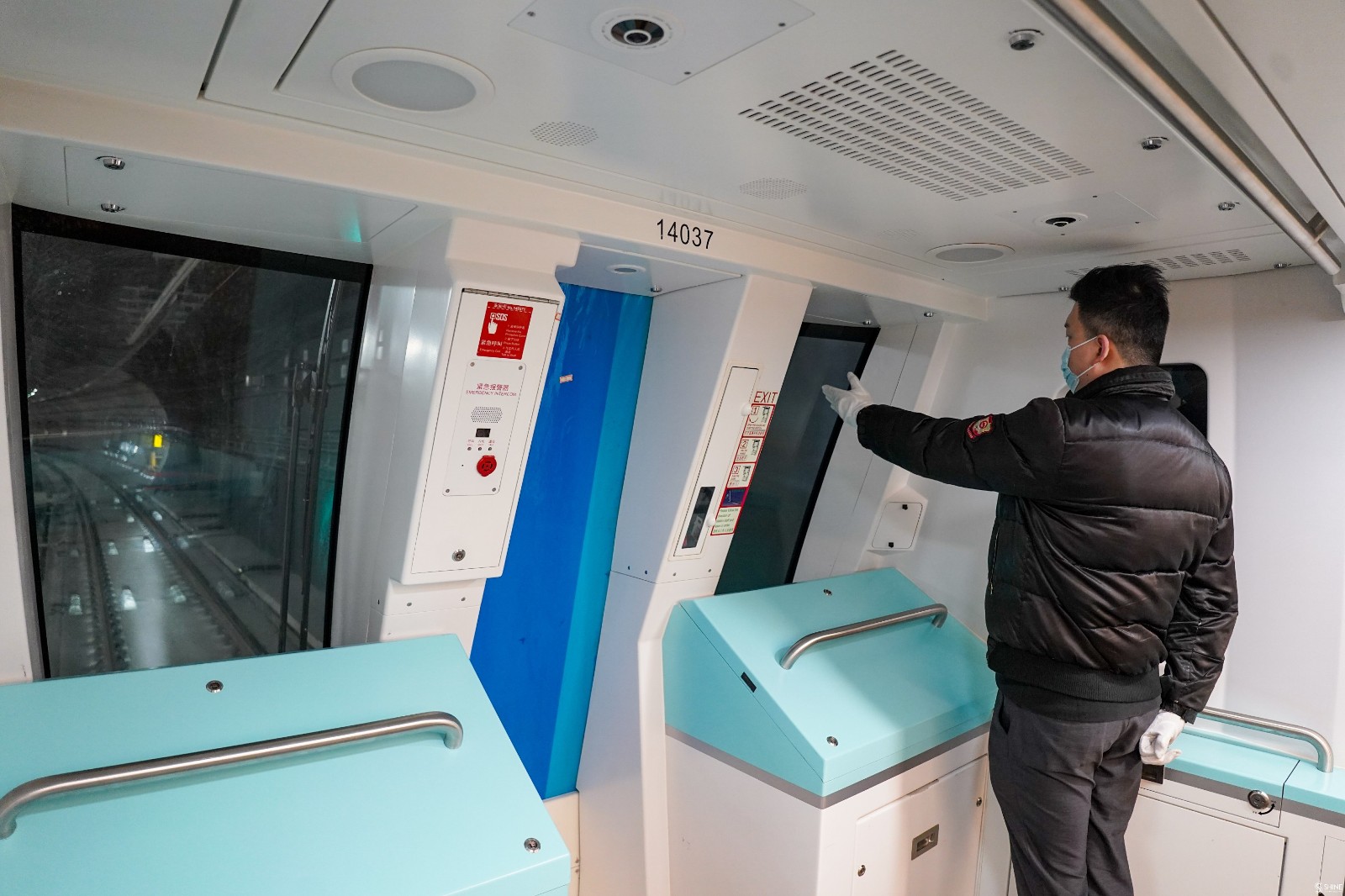 From Jing'an Temple to Lujiazui in over just five stations and passing some top tourist sites in Huangpu District, Metro Line 14 will finally open by the end of this month.

The 38-kilometer line, with 31 stations, cuts through the city from west to east, passing through Jiading, Putuo, Jing'an and Huangpu districts as well as the Pudong New Area. It interchanges with 13 other Metro lines.

Apart from convenience to tourists, the line will provide a fast link between Jiangqiao, Zhenru and Jinqiao and the rest of the city.

It's also expected to relieve passenger flow pressure on Line 2 in the city center as an adjacent line operated with trains with eight larger carriages.

The line will be driverless.

Due to the land acquisition process, the Longju Road Station in Pudong will not open simultaneously with the other 30 stations.

Also, Exit 11 and 15 of the Jing'an Temple Station, Exit 3 of the Dashijie Station and Exit 10 of the Lujiazui Station won't be available at the moment due to work under way. At the Caoyang Road Station, passengers who need to interchange between lines 3, 4, 11 and Line 14 have to take a detour out of the station currently.

The total length of all Metro lines in Shanghai will surpass 800 kilometers after the opening of Line 14 and Phase 1 of Line 18 at the end of this month, maintaining Shanghai's status as the city with one of the largest Metro networks in the world.

Lines 14 and 18 will be the last two lines that run through the city's central parts.

Line 14 is the first in China to implement the highest green building standards in the country throughout the design, construction and operation process, Shanghai Metro said.

All stations are equipped with environment monitoring systems which keep track of the air quality, temperature, humidity, ammonia from the toilets, noise around the station and other parameters.

Real-time data are displayed on a computer inside the monitoring room of stations, and the staff will be alerted about anomalies and deal with them.

When there's an abnormally high concentration of PM10 or PM2.5 in a station, for example, the staff will increase the ventilation for more fresh air inside. A greater concentration of ammonia in the toilets suggests foul smell, and in that case, the toilets will be immediately cleaned, according to the company.

With high-efficiency refrigerating units, smart light control systems and other technologies, each station can save 22 percent of energy annually, which equals the electricity used by over 800 households every year, the company said.

Equipped with water-saving equipment, it's said that each station can save water equal to one and a half standard swimming pool every year.

The Yuyuan Garden Station is located 36 meters underground and is the deepest Metro station in Shanghai.

The Changyi Road Station is located 35.5 meters underground and is the deepest Metro station in the Pudong New Area.

The tunnel between the Yuyuan Garden and Lujiazui stations under the Huangpu River is 40 meters underground in the deepest part and is the deepest Metro tunnel in Shanghai.

The Jing'an Temple Station is the first Metro station in the world which is located in the center of a city on soft soil that was constructed by the trenchless pipe jacking method.