With museums, theaters and art venues in Shanghai closed amid the resurgence of the COVID-19 pandemic, a multitude of online cultural and art programs are available for art and theater enthusiasts.

The interactive workshops, salons, exhibitions and theatrical performances on the Internet will strive to enrich people's cultural lives and cater to a wide range of tastes.

Dancers and Shanghai Lida University students recently made crossover attempts at the space art exhibition "Rong. Source" at Shanghai Powerlong Museum. Their innovative approach, with a focus on the exhibition's theme, "Man and Nature," was videotaped for Internet communication and exchanges.

At the exhibition, eight sets of installations created a dreamy environment made up of light, wind and water to artistically investigate the human-nature interaction.

Jiao Zhongming, the dean of Lida University's College of Communication, said that the ongoing pandemic forced the cancelation of a few cultural events, but they would not stop their online exploration of art.

According to dance teacher Bu Zhicheng, who choreographed the dance moves for the exhibition, it was a challenge for the dancers to stay upbeat in front of the cameras during the videotaping process.

"Meanwhile, the photographers had to capture the most artistic scenes of the performance and build up a connection with the audience through their shots," Bu said, adding that new technologies will be widely used to make excellent cultural works more accessible to people. 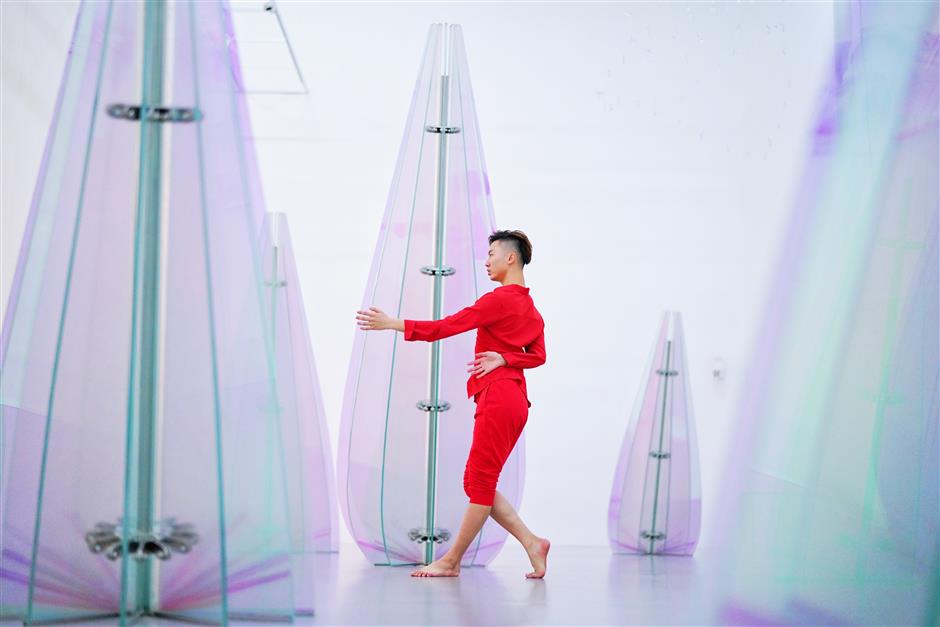 Bu Zhicheng performs at the space art exhibition "Rong. Source" at Shanghai Powerlong Museum. The performance was videotaped for an online audience.

The paintings celebrate the artist's romantic journey from the monotonous black-and-white tones to the present multicolored palette after marrying fellow artist Mrs Doodle (Alena Cox) in 2021. 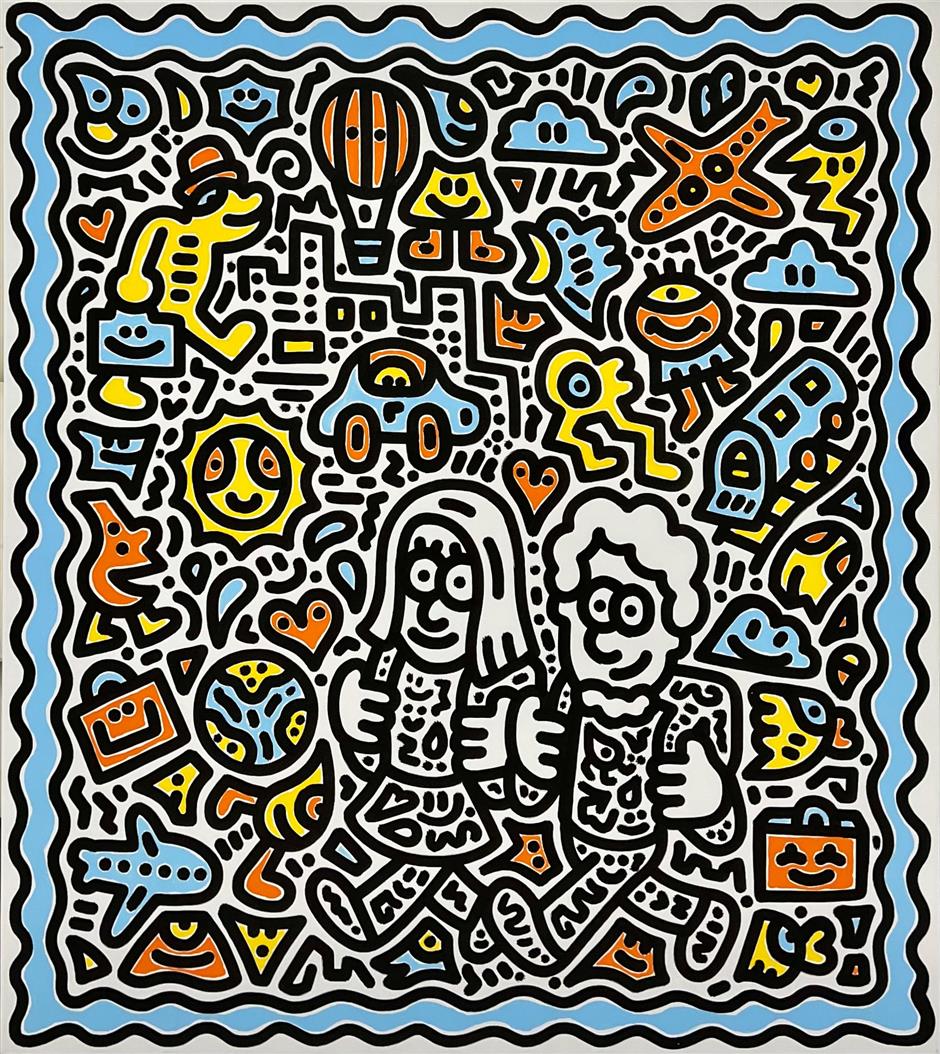 More than 100 cloud performances, exhibitions and aesthetic education activities are being offered by the city's cultural institutions, theaters and troupes on streaming platforms, including Bilibili and BesTV, until next month.

On March 31 at 7:30pm, the Shanghai Puppet Theater will stage the popular show "The Last Warrior Elephant" on BesTV and Douyin.

The play, based on ShenShixi's novel of the same name, features a 3.8-meter-tall puppet elephant. The story revolves around a warrior elephant who completes his final journey after living among humans.