College Campus Gets An Artistic Send-off 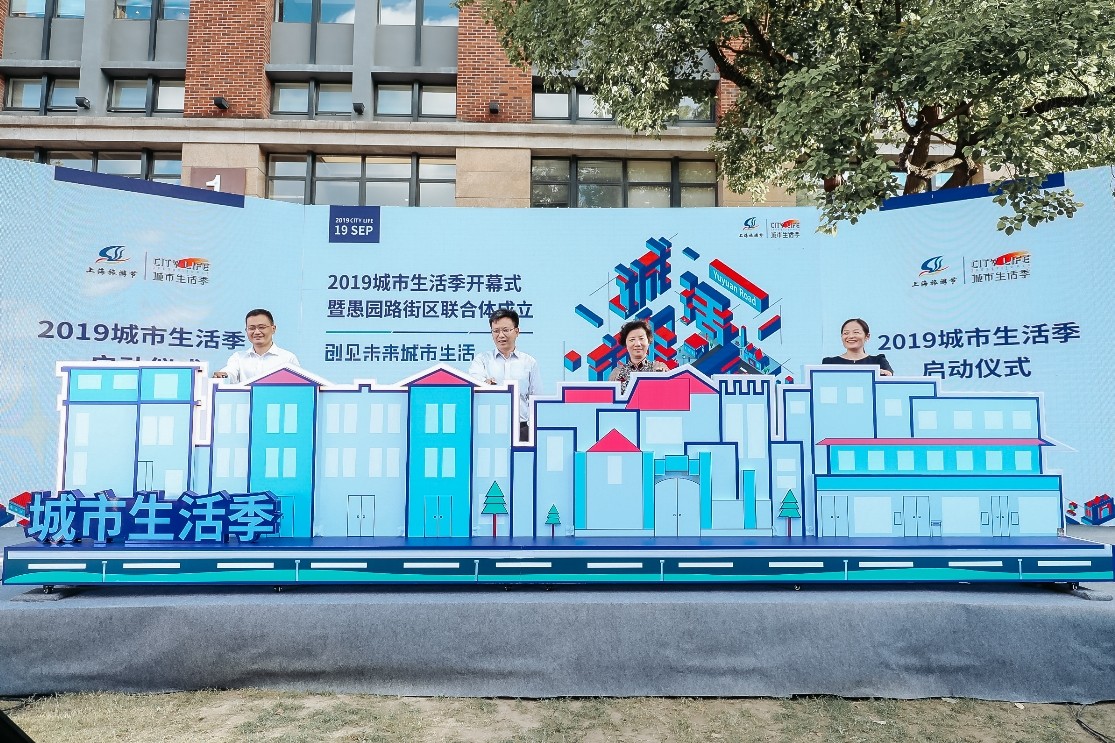 Officials launch the Yuyuan Road Street Joint Organization at the opening ceremony of the City Life Season on Thursday.

City residents and tourists have been given a last chance to visit the obsolete campus of the city's prestigious medical workers college on Yuyuan Road which dates back 80 years. It is to be renovated for commercial and cultural purposes in October.

A group of young artists have been invited to create various art installations inside the former campus buildings for an exhibition titled "a rejuvenation project" before the buildings are fully revamped.

The original decorations and teaching tools have been preserved in the former classrooms, teachers' offices, auditorium and dormitories.

The project was unveiled for the 2019 City Life Season of Changning District which started on Thursday. The annual cultural and art festival aims to showcase the achievements of the ongoing revamp along the historical road.

The authority aims to develop artistic and aesthetic designs on the century-old Yuyuan Road, while offering better services and businesses to residents, according to Creater, the firm in charge of revamping the area.

The former Shanghai Workers College of Medical Science is one of the latest projects in the revamping campaign.

The college in the Hongye Garden community served as the training center for junior and senior medical professionals and licensed pharmacists. Most of the city's certified pharmacists were trained at the college. Its campus was relocated to Feihong Road in Yangpu District in May 2017 and the original site had been abandoned since then.

After years of neglect, the buildings were careworn and scruffy, but the artists have collected the waste and exposed the condition of the structure.

Piles of broken glassware collected from former laboratories, for instance, have been gathered in a room on the top floor of the four-story building and exhibited with projectors and art installations. 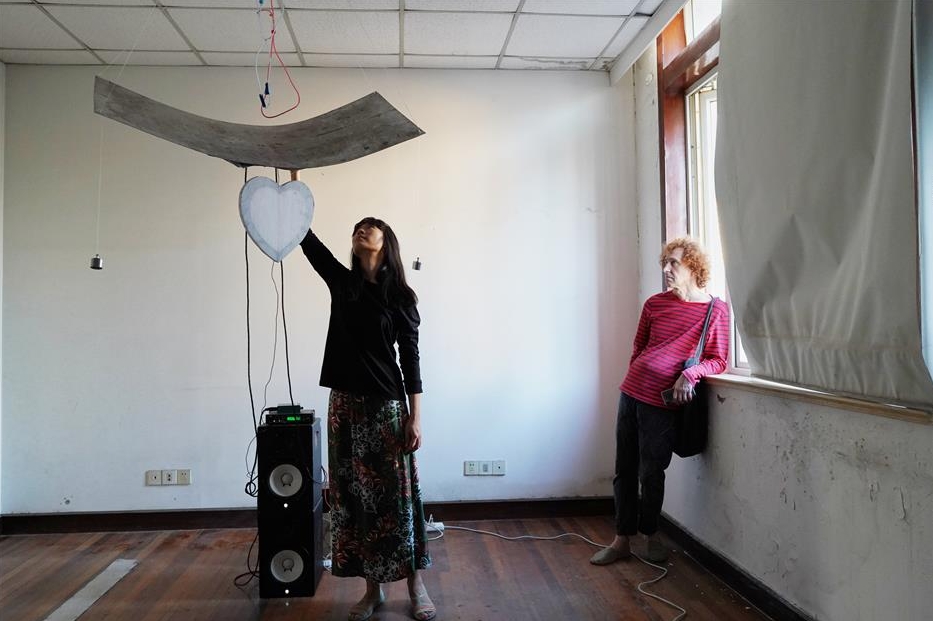 Visitors watch and listen to an art installation named "Drop" by Ankar Arken in the former headmaster's office at the college.

"Every site has its specific features and we want to adapt our art creations to the history and environment of the college," said Ankar Arken, an artist from the Xinjiang Uygur Autonomous Region with the Fiu Gallery based on Yuyuan Road.

He created a digital sound installation named "Drop" inside the former headmaster's office. Water drops down from two infusion tubes collected from the college painted in blue and red, meaning hope and fear, onto a metal plate which is connected with sensors, computer software and two loudspeakers.

Visitors are expected to listen and "watch" the sound of water while considering the meaning of time and history, Arken said.

His another artwork, named "Silent Disco," is inside the college's former auditorium. Visitors are asked to wear earphones and dance.

"It is a group activity to pay tribute to the history of the college," Arken said.

The campus along with the exhibition will open to public free through October 3, when the renovation will be launched.

According to the blueprint, the whole campus will be developed into a complex called "Yu Jian," literally meaning "encounter," as a new attraction on Yuyuan Road.

As part of the project, the Yuyuan Public Market has opened where residents can buy traditional Shanghai breakfast foods such as youtiao (fried dough stick), dabing (flat bread) and soybean milk as well as get keys cut or broken umbrellas fixed.

The two-story building once served as a college dormitory.

“The building had no value to us residents, apart from its public shower room,” said Dai Linyu, a 60-year-old who was born in the community. “Now it has turned into a very delightful neighborhood facility.” 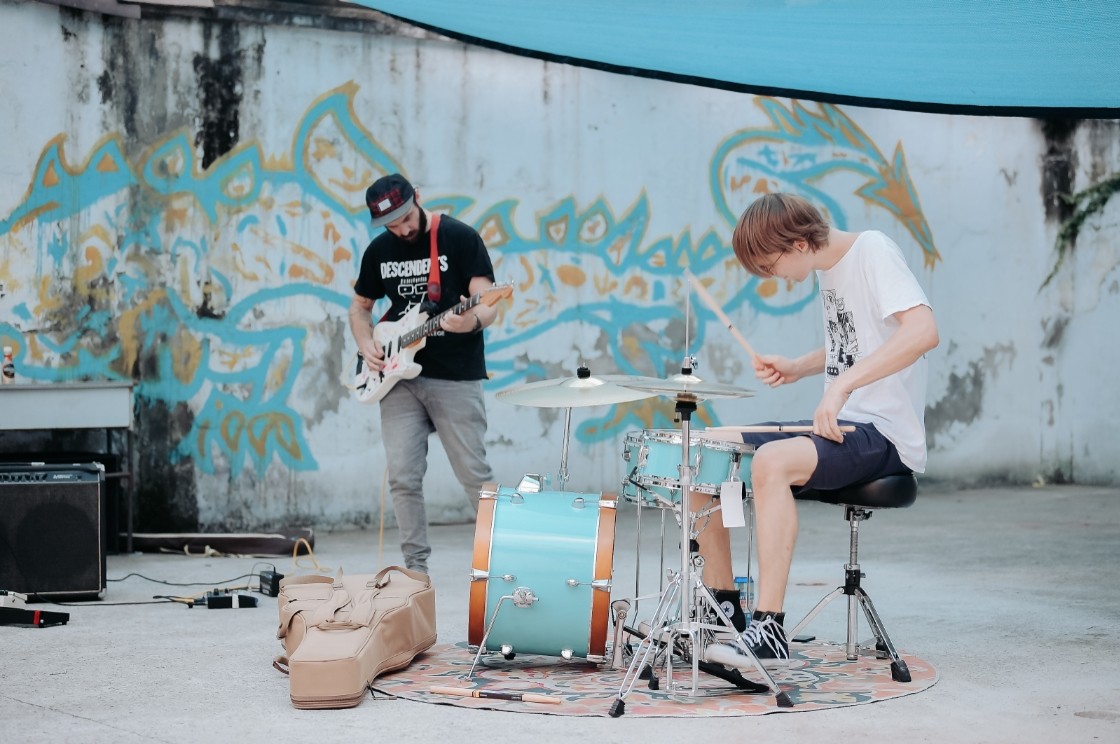 Foreign musicians perform at the obsolete campus of the Shanghai Workers College of Medical Science. 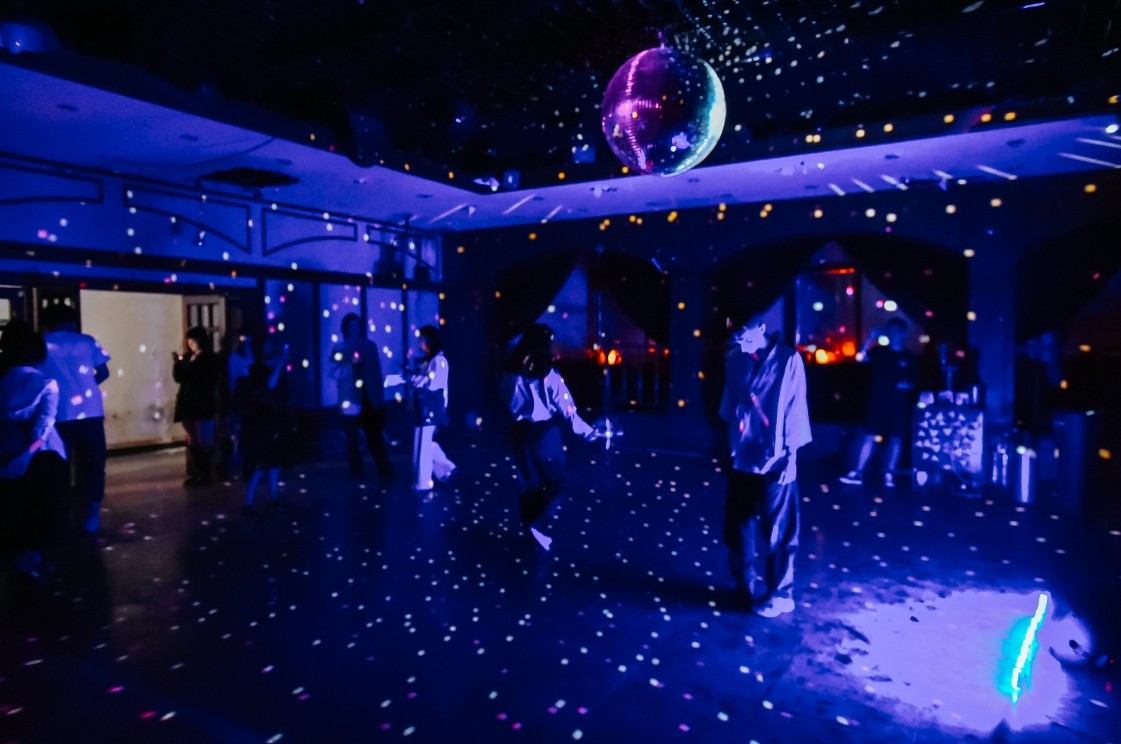 Visitors dance at the Silent Disco art installation at the Shanghai Workers College of Medical Science.

Four nearby buildings will be renovated for retail and cultural exhibitions. White Rabbit, for instance, a time-honored Shanghai confectionery brand known for its soft milk-flavored candy, will open stores there.

A memory store will display and sell daily commodities used locally decades ago. An old-school photo studio, barbershop and kitchen will open for nostalgia lovers.

After several years of renovation, the revamping of Yuyuan Road has moved from the main road to nearby streets and communities to further benefit residents, according to the district government.

The neighborhood features nine garden villas built around the 1920s to accommodate overseas Chinese, celebrities, businessmen and politicians. Pianist Gu Shengying (1937-1967) lived in one of the villas.

Yuyuan Road — which dates back to 1911 — runs through Changning and Jing’an districts. In recent decades it has been shortened to its current length of 800 meters.

It features well-preserved historical villas once home to big names such as missile and space scientist Qian Xuesen (1911-2009), writer, translator and scholar Shi Zhecun (1905-2003) and New Zealand-born writer Rewi Alley (1897-1987), who came to Shanghai in 1927 and was later involved in China’s revolution and reconstruction.

A Yuyuan Road Street Joint Organization was launched at the opening ceremony of the City Life Season on Thursday.

Led by Jiangsu Road Subdistrict, hundreds of stores and residents on the road are being encouraged to contribute to the redevelopment of the road.

Dozens of public exhibitions, cultural saloons and innovation meetings will be held during the three-month season. 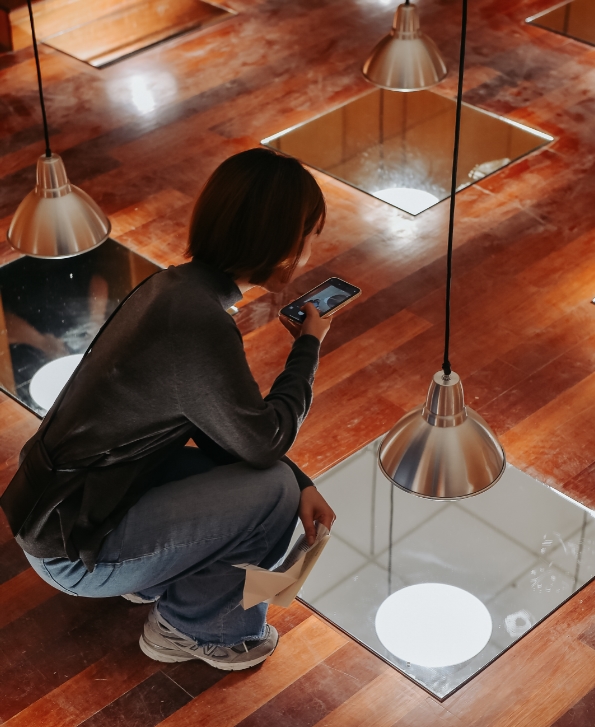 A visitor takes a picture of one of the art installations at the Shanghai Workers College of Medical Science.